2010 Inductees to the SHS Alumni Hall of Fame

The SHS Alumni Hall of Fame was created to recognize exemplary SHS graduates who contribute significantly to their communities and/or professions, who achieve academic or professional excellence, and who positively promote Shelbyville Central Schools. A number of applicants, all with worthy credentials, were considered for the 2010 Alumni Hall of Fame. The selection committee met and narrowed the applicants down to four recipients.

These exceptional alumni were recognized at a reception and induction ceremony prior to the May Festival on Thursday, May 6, 2010, at 6:30 p.m. in the SHS Golden Bear Room. A plaque honoring each recipient was unveiled. All are SHS graduates who have made outstanding contributions to their professions and society. 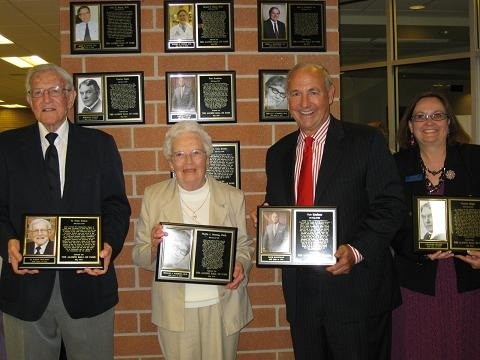